The Mylikouri Trail Run is the first of seven trail races making up “Trail Troodos-Troodos National Forest Park Trail Championship” this being a series of trail races of the Cyprus Trail Running Championship. The three events cater for all levels of runner from the demanding and experienced trail runner, advanced runner to beginners and nature lovers.

The event will be held on Sunday July 4th 2021 under the auspices of the Deputy Minister of Tourism and in cooperation with Mylikouri Local Council, the Forestry Department, Troodos Development Company and the Troodos Tourism Board.

Mylikouri is a quintessential Greek village, nestled in the Troodos  mountains below the historic Monastery of Panagia Kykkos.  Sitting at an altitude of 800 metres, the village boasts stunning, panoramic views all the way to the coast: surrounded by forests and hidden streams, abundant in wildlife, the village of Mylikouri is a nature lovers paradise. The village itself comes under the district of Nicosia, and belongs to the geographical region of Marathasa. Religiously,  Mylikouri belongs to the Metropolis of Kykkos and Tillyrias.

Brief history of Mylikouri:
Historically, Mylikouri dates back to Medieval times and was the result of a royal feud. Marathasa in the Middle Ages was divided into two great feuds, Count of Edessa and Count of Riga. Mylikouri belonged to other neighboring villages in the second feud under the Count of Riga.

The name “Mylikouri”:
There are several versions as to where the village got its name. According to the first, the name comes from the bayberry (Myrica)(μυρίκη) plant which grows abundantly in the area. The “Ρ” in the greek spelling was replaced by “λ” and was named Mylikouri. The second version claims the village was created by residents of the villages “Milon” and “Kourion”. Tradition goes that the remaining inhabitants of these villages, which were destroyed in a massacre by the Karamanian Turks, moved to the area the village can be found in today.  This version is said to be unfounded though as the village exists on medieval charts and does not appear to have been created under Ottoman rule of the island.
Photo: Thea Georgiou‎
Another version reports that the village had a special connection with the monastery of Panagia Kykkos. According to Ephraim the Athenian, the Emperor Alexios Komninos gave the villages of Milon and Kourion as well as the village Peristerona to the Monastery during the 11th century. From these villages during the Frankish occupation, Peristerona was removed from the monastery’s estate, while the other two were united and made into Mylikouri.

Places of interest in Mylikouri:
The church of Agios Georgos can be found in the centre of the village along with amonuments dedicated to the missing persons of the community and another in honor of those who lost their lives during the liberation struggle of EOKA. Finally, follow a picturesque nature trail of 2.5 km around the village.

This 10.65 km trail run is designed for beginner runners, teams and companies and walkers. Starting from the beautiful square in the heart of the small, mountainous village of...

END_OF_DOCUMENT_TOKEN_TO_BE_REPLACED

This is a demanding race for experienced runners, designed for people who enjoy mountain running. The 20.13 km route combines forest roads and nature trails. The race begins i...

END_OF_DOCUMENT_TOKEN_TO_BE_REPLACED

This 10.65 km trail run is designed for beginner runners, teams and companies and walkers. Starting from the beautiful square in the heart of the small, mountainous village of...

END_OF_DOCUMENT_TOKEN_TO_BE_REPLACED 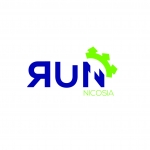